If you want a generator that won’t break down on you when you need it most, it’s worth looking into diesel generators.

Compared to traditional gasoline-powered generators, diesel generators require very little maintenance and can last for years of heavy use without breaking down.

The reason for this is that diesel engines are simpler than standard engines. There are no spark plugs that can fail and need replacing, and no carburetors that can be expensive to rebuild in an older generator. 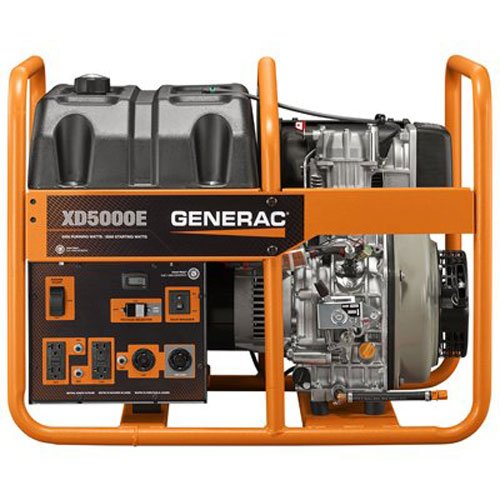 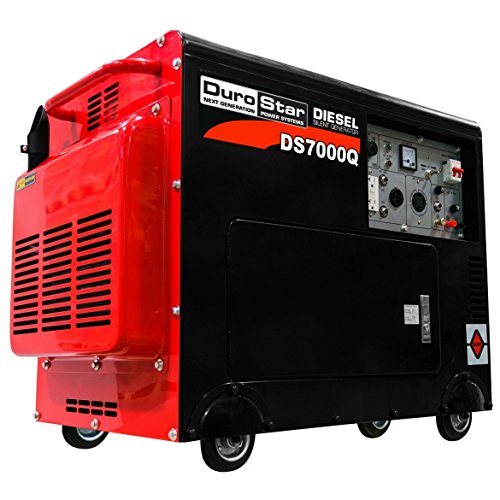 On top of that, diesel engines can last for tens of thousands of hours of use. They may be more expensive upfront, but compared to a traditional generator that only lasts for up to 1,000 hours they’ll save you a ton of money in the long run.

Of course, there are some downsides to the diesel generator that explain why not everyone uses diesel. In addition to being expensive upfront, diesel engines are extremely noisy. Especially as inverter gasoline generators are getting quieter, the noise produced by the diesel engine can be a major annoyance to some people.

In addition, diesel fuel is typically more expensive and more prone to price fluctuations than unleaded fuel. But, if you need to keep gas on hand to power your house in an outage, diesel fuel is able to be stored for much longer.

With those considerations in mind, let’s take a look at two of the best diesel generators currently on the market.

You might experience a sensation of sticker shock when you first look at this generator – but don’t let that stop you from looking more closely at its impressive set of features.

This generator from Generac is capable of producing 5,500 watts of surge power and 5,000 watts of continuous power. That’s more than enough to keep almost everything in your house running during an extended outage.

The generator has an extremely long runtime of over 30 hours at a 50% load, which is even better for continuous use during an outage.

In addition, the power comes with less than 5% total harmonic distortion. That means that you can feel safe plugging sensitive electronics, like your computer and smartphone, into this generator without them being fried by surges.

There are a few downsides to this generator beyond price, though. It weighs 250 pounds, so it’s nearly impossible to move around. It also requires a battery – not included – to keep the fuel cut-off open.

This diesel generator from DuroStar is much more affordable than the Generac model, but takes a different approach to its power production.

The biggest difference is in the runtime. This generator has a relatively small 3.8-gallon fuel tank – especially surprising given the overall bulk of the generator – so that it can only operate for 12 hours at 50% load.

While that might be okay in many cases, it can be a problem if you want to use this generator to get through an extended power outage.

On the bright side, this generator isn’t excessively loud. A very good muffler design keeps the engine to just 70 dBA at a 25% load.

The generator weighs over 300 pounds, but thankfully it is mounted on wheels to make it easy to move over short distances.

It’s capable of switching between 120-volt and 240-volt power, but only has two standard household outlets.

What is total harmonic distortion and why does it matter?

Total harmonic distortion (THD) describes how much the electrical sine waves vary from one another.

THD doesn’t matter much for appliances, which are typically pretty hardy and can handle electrical surges if the THD from your generator is high. But if you’re powering any electronics or tools with microchips – like smartphones, computers, and some power tools – then THD greater than 5% can completely fry your device.

So, if you plan to power anything sensitive directly from your generator, you need to consider whether your generator has a THD greater than about 5%.

Whether you need the ability to toggle your generator between 120-volt and 240-volt power depends on what you’re running.

Most of the outlets in your home, and most of your appliances, use 120-volt power. But some larger appliances like clothes dryers and air conditioners, as well as heavy-duty shop tools, require 240-volt power.

Keep in mind that no generator is able to run 120-volt and 240-volt power at the same time. So, you may need step-down transformers if you want to run appliances that need both types of power simultaneously.

Do I need to change the oil on a diesel generator?

While diesel generators require less maintenance than standard generators, they still need oil changes. It’s a good idea to change out the oil in your generator after every 200-300 hours of use.

Generator Sound Box and Other Ways to Reduce Generator Noise