Whether you agree with the idea of clone products or not, it's hard to deny that Predator engines have caused quite a storm over recent years.

Predator is a range of engines and generators that are designed to use gas more efficiently and therefore produce cleaner energy. They are sold at Harbor Feight stores in the US.

However, some of the models in the range have developed a controversial reputation as they have been advertised as clones on more expensive models from Honda.

This bold and unashamed undercutting of a larger, most established company has left a sour taste in many people's mouths. And the bargains have brought joy to others.

In this article, we will be investigating the mysterious manufacturing process of Predator engines. We will also be looking at if they really are Honda clones, as well as looking at the stats of their most popular engine.

What are the most popular models of Predator Engine and products?

There are two main contenders in this category: the 2000 Generator and the 212cc engine. What makes these two so popular?

The 2000 Generator has built itself a reputation for being a near-silent, compact model. They are very safe to use, and they can even power sensitive portable electronics.

The 212cc from Predator is a little controversial but still one of their most sought after engines. The reason this engine is so controversial is that it is marketed as a Honda clone. It is claimed that this engine does the same job, for less and it doesn't even need premium fuel to run.

Both of these products are well-reviewed and are often sold out. 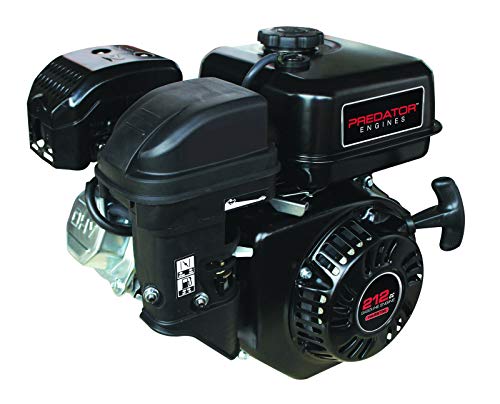 One of the other reasons why Predator Engines are so controversial is that they have quite a murky past. You're reading this article because you want to know who makes these products and where. The bad news is that there doesn't appear to be a simple answer to this question.

Let's start off with what there is pretty clear evidence of - who USED to make Predator Engines.

These engines used to be made by a Chinese company called The Lifan Group. This company is based in Chongqing, China. They had the license to sell in China, South Asia, the Middle East, Europe, and Latin America. The products they made included:

When The Lifan group was making predator engines they were made in China and shipped across the world.

But what about now? Let's dive into the mysterious practices of the company called Harbor Freight.

Where are Predator engines manufactured?

There have been many articles reporting that The Lifan Group no longer makes Prediors Engines. The Group has not shut down but it was reported that they either sold the patents or have created a smaller company to continue making the engines.

Where things get confusing is that a large American retailer who was once a stockist of Predator Engines now seems to be making the engines as well. This company is known as Harbor Freight.

Harbor Freight is a series of tool superstores, founded in California in 1977. Their unique selling point is that they source their tools directly from the manufacturer and therefore can offer their customers a lower price.

Whilst this is not technically white labeling, it does make it harder to find out where Harbor Freights get their engines made.

We have seen a few places report that these engines are made in the U.S., Japan, and Thailand. However, this appears to be information copied from Honda's website, rather than information about the Honda clones.

So, where does Harbor Freight make their Predator Engines?

Well, this is not information that they seem to want to share. If we were to make an educated guess, we would say they're still made in the Lifan Group factories in China.

How similar is the 212cc to the Honda Model?

The 212cc Predator Engines are hugely popular as they have become known as Honda Clones.

The particular Honda engine that they are supposed to mimic is the Honda Gx200. But how similar are the two models?

In all honesty, they're pretty similar to each other but not identical. The 212cc is not a direct clone of the Honda. There are many parts that are very similar if not identical.

However, some of their internal elements are completely different.

Are their parts interchangeable?

This is also a tricky question. Harbor Freight does not advertise that Predator parts can be used as cheaper alternatives to Honda parts; it is widely accepted to be the case.

It's not something we would recommend doing, as putting ill-fitting or the wrong parts in your engine can be very dangerous.

However, many part purchasing websites allow you to distinguish whether you are buying parts for a Honda engine or a Honda clone. If you have the Predator engine it is best to buy parts designed for the clone rather than the original engine.

Not only is it safer but you'll also save some money in the process.

Can I replace my Honda engine with a Predator 212cc?

If you want to replace your whole Honda engine then it is possible to install the Predator 212cc in place of it. The Predator is designed to be fitted to a car or cart in the same way.

The Predator 212cc is a ball-bearing mounted gas-saving engine with overhead valves. This makes it more efficient and cleaner than the average gasoline engine. This is why many people chose to replace their car/cart's original engine with a Predator engine.

How fast is a Predator 212cc engine?

Here is a breakdown of the Predator 212cc's stats: