3,500-watt generators are a popular class of portable power machines. A generator in the 3,500-watt range offers far more possibilities than a 2,000-watt generator, but doesn’t carry with it the substantial increase in noise and fuel consumption that typifies larger generators.

So, is a 3,500-watt generator the right choice for your power needs?

To answer that question, it’s useful to compare what you plan to power against what 3,500 watts of power can provide. In this article, we’ll take a look at how much wattage common appliances and tools require. We’ll also highlight some example scenarios that will help you get a sense of exactly what you can run on a 3,500-watt generator. 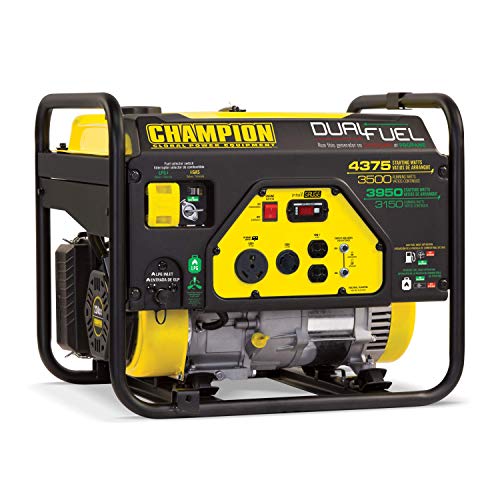 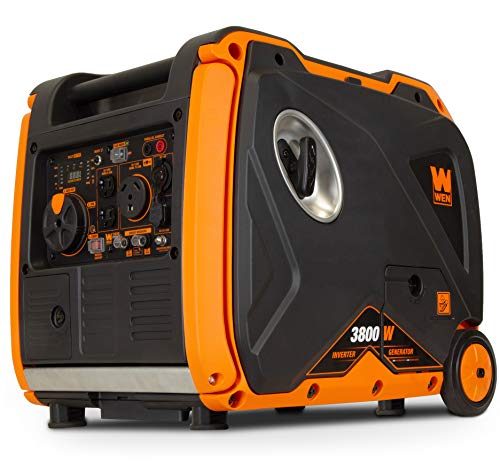 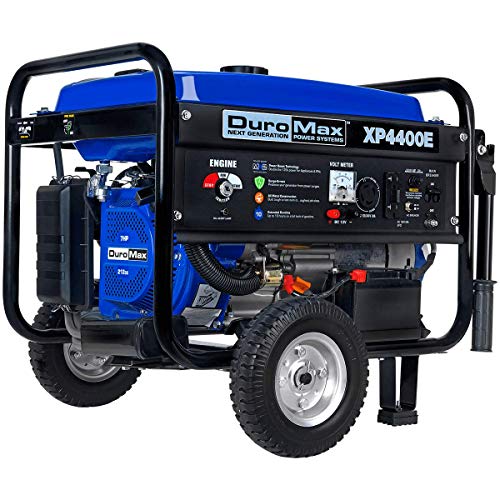 Many people think of generators as just a backup for powering your home in case the power goes down, but they’re good for so much more than that.

Having a portable generator can allow you to keep the comforts of home far beyond your home’s power outlets, or to power tools and devices in your yard or at a worksite.

More important, a generator is reliable. You know that no matter where you go, you’ll have power from your generator.

In this guide, we’ll cover everything you need to know about generators. From choosing the generator that will cover your power and portability requirements to how to set up and maintain your generator for optimal performance, we’ve got you covered.

If you want to dive right into our buying guides for each type of generator, you can find them here:

When talking about generator wattages, there are two different power ratings you need to know about: surge wattage and continuous wattage.

Surge wattage is the amount of power that your generator can support for a few seconds. This is typically important when starting up motor-driven appliances, like refrigerators and air conditioners. Surge power also comes into play if you use your generator for outdoor tools like lawnmowers, chainsaws, and table saws.

Continuous wattage, also called running wattage, is the amount of power that your generator can sustain for hours. This is the wattage that is noted on most appliances and tools.

Keep in mind that the 3,500-watt rating on a generator may refer to either the continuous wattage or surge wattage. You’ll need to do your homework on a specific generator model to find out exactly what wattages it is rated for.

Until recently, all 3,500-watt generators used a conventional open-frame motor. But thankfully, inverter generator technology has come far enough that there are now plenty of 3,500-watt inverter options.

Inverter generators are more expensive than their conventional counterparts, but they have a number of advantages. To start, they can safely power sensitive electronics like a smartphone, computer, or television in addition to your standard home appliances and power tools.

To illustrate exactly what you can run on a 3,500-watt generator in different situations, let’s look at some common applications where this on-demand power can come in handy.

3,500 watts is just enough power to keep your essential appliances running during a blackout. At the very least, most homeowners will want to run a refrigerator, freezer, and lights – which adds up to around 1,000 watts.

If you want to actually be able to use your home, including the kitchen, you have plenty of power left over to do so. You can power a microwave and electric stove, and still have enough power remaining to charge your laptop and smartphone.

In addition, remember that you may need to run a well pump or sump pump. These have high starting power requirements (over 2,000 watts each), so you can probably only run one or the other on a 3,500-watt generator. 3,500 watts may also not be enough to run a pump and air conditioner at the same time, since you’re likely to exceed your generator’s surge power.

So, 3,500 watts is perfect for home use if you only need to run relatively small appliances around your kitchen. If you need pumps or a large AC system to function, you’ll need to do some calculations to figure out whether 3,500 watts is enough for you.

For reference, here are estimated wattages for common home appliances:

Keep in mind that these wattages are just estimates. The difference in power required between refrigerators of varying sizes, or between EnergyStar-rated and non-rated models, can be hundreds of watts. Similarly, while a standard lightbulb may draw 60 watts, an LED bulb might only draw 12 watts.

Contractors frequently use 3,500-watt generators at work sites without dedicated power lines. These generators are more than powerful enough to handle most common power tools. For example, you can run a circular saw with just 1,400 watts (requires 2,300 watts of starting power) and an air compressor with just 1,200 watts.

Where a 3,500-watt generator may not provide enough power is if you have multiple people working with different tools simultaneously. For example, you’ll have plenty of power to run an air compressor, two or three drills, and a nail gun – but not if you also need to power a saw at the same time.

So, 3,500-watt generators are best for work sites that only have two to three people working at a time.

For reference, here are estimated power requirements of common tools:

A 3,500-watt generator is typically more than enough power for an RV trip. Most of the appliances you need to power in an RV are similar to those you need to run at home during a power outage. But, they’re smaller and often optimized to take up less power.

For example, the air conditioning system on most RVs is small and uses just 1,200 watts once started. That means you can run your refrigerator and freezer at the same time as the air conditioner and lights, and even have power left over for a small electric stove, microwave, or coffee machine.

To be sure, you’ll still need to balance power requirements with just 3,500 watts. But, it’s also worth keeping in mind that you can limit noise at your campsite if you opt for an inverter generator – something that you can’t get if you decide you need more power (see buying guide here).

If you’re tailgating, 3,500 watts should be plenty of power. Powering a large television, laptop, and lights will likely use up less than 700 watts, so you could even power a minifridge if you wanted to instead of putting your drinks in a cooler.

If you want to swap out your gas or charcoal grill for a more convenient electric model, that will add another 1,500 to 2,000 watts. Wondering what to do with the extra 500 or more watts you’ll have left over? Consider bringing a powerful fan to keep everyone cool or impressing your friends with an electric nacho cheese machine.  Check out our Tailgating Generator buying guide here.

3,500 watts is a versatile amount of power. While you may not be able to power absolutely everything at once with just 3,500 watts, it’s typically enough juice to run essential appliances and tools.

If you plan on using your generator for an RV or tailgating, 3,500 watts is probably more than enough power to meet your needs. At home or at a work site, you’ll want to take careful stock of what exactly you plan to run and ensure you’ll stay under the generator’s rated surge power.

How to Connect a Generator to Your Home

Is it Safe to Backfeed a Generator?

Help! My Onan Generator Starts then Shuts Down

Generator Quiet Box and Other Ways to Reduce Generator Noise

Is it Safe to Backfeed a Generator?

Help! My Onan Generator Starts then Shuts Down